Greetings from peaceful Bali. Where the streets are mostly empty without the usual bustling tourism.

I hope you are enjoying time off from the normal busy-ness regardless of lack of work or not. I hope that you have all that you need and much more.

These are, indeed, unprecedented times.

However, I am faring just fine. I recently finished a week-long in person Shamanic Astrology Training where I taught a healthy, mostly young, self-isolated group the basics of reading a chart using the Shamanic Astrology Paradigm. It was a really fun experience. It was the first time I have had the opportunity to lead the training without my teacher present. So, it fit in to be able to still run the program with the students still on the island. The only training I’ve had to cancel in the past two months is the one that my teacher would have been here for during this present week.

I’ve taught three in person trainings in the past two months. So now, I am really loving the time off! Other than longer self-practice each morning, I’ve been reading books, working on music and spending time with friends. All things that I barely have time for usual… I do now!

The group I recently lead through the basics astrology course is now taking the next training online with the Shamanic Astrology Mystery School. The school is running a half price sale for the online trainings during this lockdown period of time we’re in. If you have ever wanted to learn Shamanic Astrology, now is the best time!

Otherwise I wish you all a safe and super deep full moon! 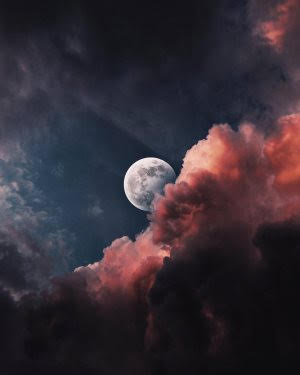 The Nodes of the Moon changed signs recently on May 6th. Now the collective destiny points will be on the axis of Gemini/Sagittarius.

The Nodes of the Moon change sign only every 1.5 years moving retrograde through all the signs in a 18.6 year period.

The Nodes are like a timeline. Where you came from, the South Node and where you are going, the North Node.

Always opposite each other and in opposing signs which form a resonant polarity. The past 1.5 years they have been in Cancer/Capricorn.

For the next 1.5 years, we will be releasing both the shadow and the power of Sagittarius. The fundamentalism, the need for travel, the constant seeking for truth. And now embracing the new Gemini exploration. The fun, the ability for agility in the mind, the playfulness.

If you are at an age multiple of 9, or 18.6, then this is a significant shift for you personally.

It’s time to find new ways of seeing and exploring our collective destiny.

Many planets are moving into Gemini this month adding to this theme. 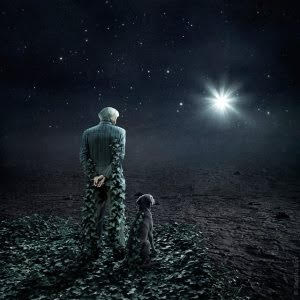 May 8th the full moon is in the sign of Scorpio!

Deemed as a super moon as the moon is at perigee or closer to the earth than at other times. This will be a big, bright, super full moon!

The full moon illuminates the energies preceded by the new moon two weeks ago. The new moon set in motion the intentions you may have made in the sign of Taurus. Those intentions would now be flourishing and blooming in the light of this full moon.

If you didn’t set intentions, don’t fret. You can still tune into what is happening in your life and take this time to count your blessings.

Although this fullness can keep you up at night and feel a bit overwhelming, all in your life is in an expansion state. Best to embrace it.

The tides become higher and plants blossom and bloom during the full moon. In the Dakota Native American Traditions this was known as the full flower moon. For the blooming of flowers at this time.

Scorpio brings out even more deep, vibrant, life force giving energies than at other full moons. Scorpio is known for it’s depths, it’s intensity, it’s extremes. This full moon is a good time to indulge in your own sensuality, sexuality and aliveness!

Fully feel your aliveness for it’s own sake.

The archetype of the witch, shaman or sorceress. Someone that commands their own will, their own life force energy and is fully in touch with their own primal nature. Someone that has harnessed their power and at some point, gives that up for the ultimate surrender. Something that is far more powerful. The universe, god, or nature for instance.

During this time period where many are feeling the powerlessness from Pluto and being locked in their own homes, perhaps the time can be spent during this heightened moon energy to experience the inner depths and bring up more awareness of that kundalini shakti life-force energy pulsing through your body at all times.

If you can’t sleep during this intense full moon, then it’s time to wake up! 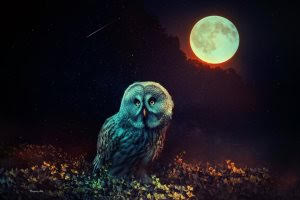 Another theme of these coming times are all the direct planets going retrograde.

There are several major planets shifting direction soon. Saturn goes retrograde on May 10th followed by Venus on May 12th and Jupiter on May 14th.

A retrograde planet is like the energy and influence is moving backwards or slow-motion. It’s a time for retrospect, reexamining and redoing what was just done. Each planet of course, has its own energy, influence and teachings. Now these three planets reverse for a while to make sure the lessons are clear to us.

With all the main planets previously moving forward for almost this entire year, this is almost a relief from intensity. However, I don’t think we will be going anywhere for a while. Unless this retrograde helps our world leaders rethink their choices, and the masses rethink their fears, then we won’t be going anywhere until the main planets move forward again. Which happens towards the end of the year.

Saturn shows us our boundaries, limitations and helps us create structures in society. Perhaps we are trying to hold on to old ways, old structures? Saturn is now helping us to look at the facts of what’s falling apart. We can now take our time to look at what’s real. This retrograde of Saturn starting on May 10th, is a time to take seriously this global limitation and actually look at how to move forward again in a responsible way as Saturn moves back into Capricorn for a while. Then goes direct on September 29th followed by Pluto on October 5th.

Venus, in its most northern position in this current overall 8-year cycle, will go retrograde on May 12th and move behind the sun, starting a new 584-day cycle in June. This is part of it’s usual cycle that happens 5 times in 8 years and is now in a renewal period. Venus goes retro until June 25th.

This same day of May 12th, Mars, the planet of the masculine moves from airy, and expansive Aquarius into feeling oriented, emotional Pisces. Mars is also at the end phase of his two-year cycle. This happens just after he Squares, a dynamic alignment, with the planet of thought, Mercury moving very fast at the moment.

Jupiter is expansive and is moving back and forth, in and out of three conjunctions with Pluto in 2020. As Pluto helps to composts our old ways, Jupiter has been amplifying that. Jupiter goes retrograde on May 14th and will go direct again on September 13th.

So, it’s really not until late September, early October that I would realistically make any for sure plans or make moves to try and get outside the current restrictions. At least not without first fully letting go of what wasn’t working before. By then, the slate is clean. 2021 is a whole new year. 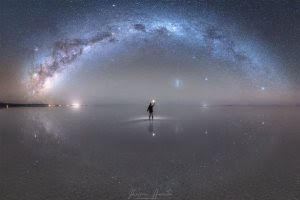 Mercury is the only planet that has been retrograde since January before Pluto went retrograde very recently. And that was only for three weeks!

Mercury is now in Taurus and will enter Gemini on May 11th for less than 3 weeks until it enters Cancer on May 28th. Mercury is cruising fast.

Following closely is the sun which moves into Gemini on May 20th joining Mercury, Venus and the North Node. All of which will conjunct each other in Gemini and square Neptune and Mars in Pisces at some point very soon.

The moon will meet the sun for a new moon in Gemini on May 22nd. Then pass by all these other planets illuminating this sign.

Making the overall theme of May not only retrogrades, though also the sign of Gemini.

Gemini is the trickster energy which teaches us about fun and play. How there is some type of cosmic joke to life and not to take ourselves too seriously.

I think we could all use a little laugh about all this.

So slow down and also have fun.

Blessings to you and yours everyone. 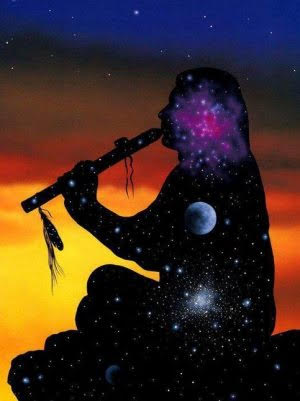